This weekend my friends and I treated ourselves to a weekend at the sea at an ocean front apartment. 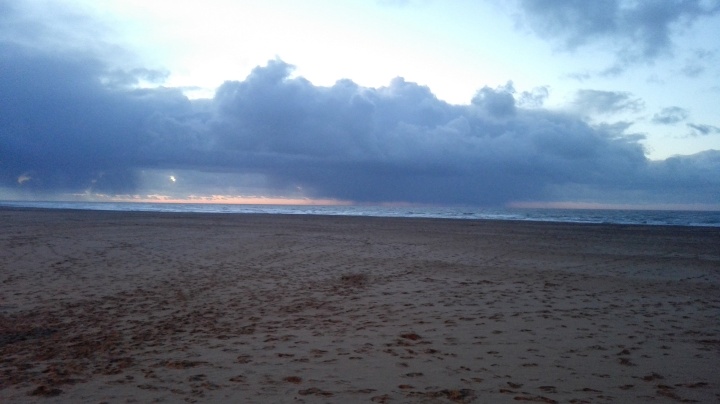 Oostende was recuperating from a northwestern storm called Dieter that made some big waves and caused the gusts of wind to be mighty powerful. These gusts also brought ashore a bunch of seabirds that would normally not make their way to the coast. One type of seabird, on the other hand, made its business to get to know us much more intimately.

We were walking down the shoreline, slowly making our way to the city for some fresh fish, when we suddenly crossed paths with a bird. This bird immediately headed towards us, directly to the feet of my friend, making a noise and not looking very happy at all. It seemed it had hurt itself – why else would it so fearlessly approach humans? And fearless it was, and very determined to be making contact with one of my friends.  I quickly found the number for injured birds in Oostende and called them and as luck would have it, they answered and sent someone to pick up the bird immediately!

As I grabbed my phone,  my friend picked up the bird who almost immediately stopped the weak attempts to peck at my friend´s glove covered hands and settled down in the warm woolen mittens. Turned out, this penguin resembling bird was a young razorbill (ruokki in Finnish, alk in Dutch).

After the bird was rescued by one of the volunteers from the Middelkerke Vogelaziel, we continued our weekend of good food and wine, long conversations, laughter, and lots of kilometers covered walking in the sea breeze.

As we walked along the shore, we started noticing more and more trash that had washed ashore. It was incredible: everything from pieces of fish nets, ropes (heavy-duty and just normal-duty), lots and lots of plastic bottle caps and plastic bottles, and pieces of torn balloons.. Everywhere we looked, there was trash to be picked up. We noticed and adopted an old plastic baskets that once probably belonged to fishermen who had lost their fishing baskets from the deck to the sea. Now they had landed back on the shore and they served perfectly as our trash carriers. 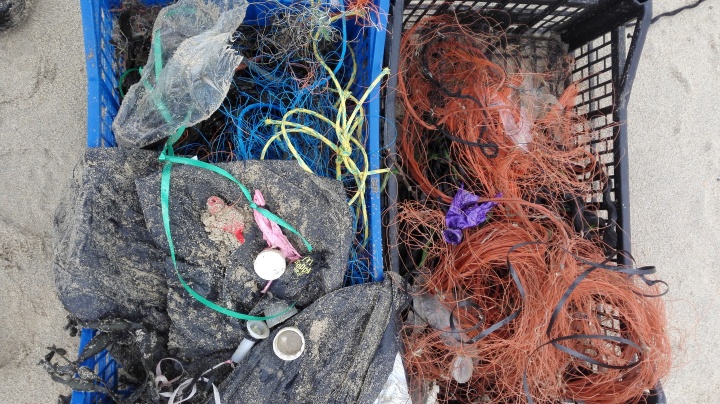 Cleaning up the shore or the forest is something I do regularly.  I don´t go to the forest or the seaside with the intention of cleaning up, but I cannot help but pick up the trash that I come across.

I know it can feel useless as there will always be more trash to collect. I had to convince some of my friends to follow my lead. But in the end, we were all exercising our squatting muscles, picking up the trash.

This kind of catch could make one depressed, but to me it works just the opposite. It gives me a rush of hope and a feeling of empowerment. Afterall, I am making a difference. I can help to clean up that stretch of beach. What´s more, I can help out by making sure my crap doesn’t end up in the ocean, educating my children to protect the ocean and keep on picking up the crap that I come across. I can lead by example and hope that that example is contagious.

Similarly, us attempting to save that young bird, was a reminder that indeed, small drops can together make a big splash in the bucket.  This bird was not supposed to be where it was,  but nevertheless ended up on the Belgian coast being cuddled and fussed over by a group of Finnish women. She (or he) certainly made an impression on us – it was a lovely contact we had with this wonder of nature, and though we worried about how the poor thing would pull through, we knew it ended up in a warm and safe place where it had the best chances of making it out and back to where it should be. 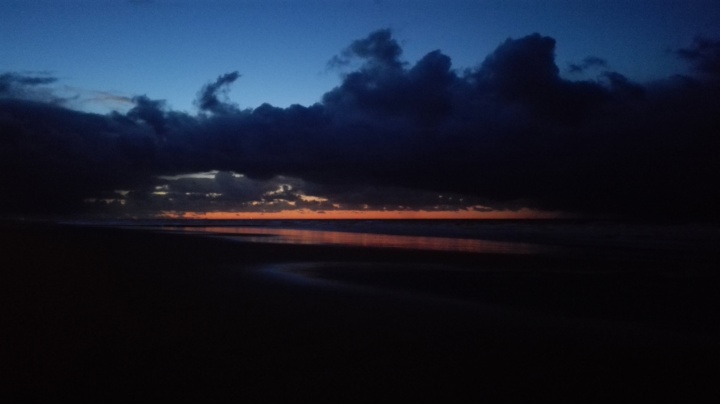 In a nutshell, 1) provide greenspaces for connecting with nature, 2) facilitate mindful connecting with nature by providing connecting activities and 3) ensure biodiverse green spaces for engancing wellbeing and nature relatedness. #natureconnection #eudaimonia
Message in the tree, as seen on my evening walk. #smile #reminder #hymy #message
Who wouldn't like Merelbeke library's outdoor reading room? #library #outdoors #bib #greenroom #lukeminenkannattaaaina #vitamind #soundscape #birdsong
Signs of spring in Freiburg. After two days of sitting, I had to run to the hills, past the university botanical garden, following a seasoned hiker with a steady pace. I didn't make it to the forest because it started to become dark and I couldn't risk getting back to the hotel with my lousy sense of direction. Next time. #drforest #work #eveningwalk #freiburg #walker #shewalks